Just as the sun enlightens the material world, the Quran has been sent to enlighten the spiritual world.

Allah says in the Quran:

{O ye who believe! Be mindful of your duty to Allah, and seek means of nearness to Him and strive hard in His way that you may be successful (happy).}
5-35

True felicity* is granted when sincerely and constantly following the divine guidance, which has been presented to us by God - Allah, who alone is the source of all-encompassing mercy.
Living a righteous life, while seeking the pleasure of Allah (may His Majesty be exalted ), and preparing one-self for the meeting on the Day of Reckoning, is the soundest way to be ’happy’ or blessed (sâlih ).

*If we can but come to understand that tranquility (iṭamainnah ) and contentment (riḍwān ) are far more expansive than “happiness”, we can lead much fuller lives. @imam_marc

Modern people often claim that quranic teachings (like all religious teachings) only rest on 'man-made' ideas, and therefore don't have any relevance for human life. They ignore the Supernatural and a wisdom which lies beyond materialistic preoccupations.

Allah (may His Majesty be exalted) says explicitly that this Quran is
{the revelation of the book (scripture) from Allah, the Exalted in Power, Full of Wisdom. } (Quran 46-2) and if some people would want to reproduce its like they wouldn't be able to do it, {even though they exerted all and their strength in aiding one another.} (Quran 17-88)

Also realise that the one who brought us into this life - Allah (may His Majesty be exalted) - has rights, His rights over us feeble human beings who are in constant need (of His support, without which there is no other support.):

{ O mankind, worship your Lord, who created you and those before you, that you may become righteous/ so that ye may ward off (evil).} (Quran 2-21}

The Quran is pure wisdom, as it is of divine, supernatural origin,
revealed to the best of mankind, prophet Muhammad ﷺ.

In what follows a few quranic verses will be explained - from various sources, if Allah wills.

Change What Is Within Your Soul

How can someone change anything?

How can someone change what is within his soul for what is better? He needs the help of a greater power than himself:
Allah سبحانه و تعالى

{ Lo! ALLAH does not change the condition of folk until they (first) change that which is in their hearts.}
Sura ar-Ra`d 13-11

You need to know the (deviations, weaknesses and tricks of the) soul, and this is a duty ( fard `ayn ) on every Muslim

“Knowing the definition of these diseases, their causes and their cures, and remedies how to fix them, is personally obligatory (fard 'ayn) on every Muslim.“

Now probably the greatest action in our lives (after worship, the 5 pillars of Islam), is purifying our souls - worshipping Allah - realising the teaching of Angel Gibril (aleihi salám) on ihsán - spiritual excellence:

To worship Allah as though you see Him, and though you do not see Him, know that He sees you.”

What Is Within Themselves, okn

A World of Order and Beauty

Beauty and Order Can Be Discerned by 99% of People.

But those, in whose hearts there is a certain disease, they are blind to beauty and don't care about form. For them the ugly is just fine and the beautiful has no value. Order and hierarchy - they detest.

But the world is created {in good ordering (islâh)} (47-56), and Allah سبحانه و تعالى says about Himself:

It is {He Who created all things in the best way and He began the creation of man from clay.} (32-7)

And also {it is Allah Who has made for you the earth as a resting place, and the sky as a canopy, and has given you shape and made your shapes beautiful and has provided for you sustenance.} (40-64)

So man* is created in the best and most beautiful of shapes: {We have created man/ the human being in the best form.} (95-4)

*Man is employed as meaning all of humanity, men and women.

So humanity has been given an exalted status, indicating something that has become what it truly ought to be by achieving harmony and balance.

Also ones proof that human kind is a distinct, noble species - different from the animal and not descending from the ape: the human being stands upright, while every other creature has its {face stooped down}. (67-22)

More than referring to the human physical form, it is about the ’inner comportment’ (or character), as human beings ’are the best of Allah’s creation both outwardly and inwardly,’ so eloquently expressed in the famous hadith: ”Truly Allah created Adam in His image.”

Human beings were created with attributes of life, knowledge, power, will, speech, hearing and sight, which are actually Divine Attributes that God - Allah has caused to be reflected in human beings.

May human beings reflect on their exalted status and live in accordance with it, that aspect of their nature that is receptive to revelation.
TSQ1533

'Abdullah bin Mas'ud (May Allah be pleased with him) reported:

The Prophet ﷺ said, "He who has in his heart an ant's weight of arrogance will not enter Jannah (Paradise)." Someone said: "A man likes to wear beautiful clothes and shoes?" Messenger of Allah ﷺ replied, "Allah is Beautiful, He loves beauty. Arrogance means ridiculing and rejecting the Truth and despising people." (Muslim)

This verse indicates that

1. the way to knowledge of Allah Most High and cognizance of His absolute Oneness and of the fact He indeed deserves to be worshipped is through investigation of His handiwork and inference from His acts.
( الطَّرِيق الی مَعْرِفةِ الله تعالی والنَّظَرُ فِي صُنْعِهِ وَالاِسْتِدْلاَلُ بِاَفْعالِهِ )

2. and the slave does not become entitled, by worshipping Him, to any reward from Him; for since such (worship) became incumbent on him out of gratitude for all the past favors he enumerated for him, he is like a hired hand who took his wages before doing his job.
( فهو كأَجِيرِِ أَخَذَ الأَجْرَ قَبْلَ العَمَلِ ) 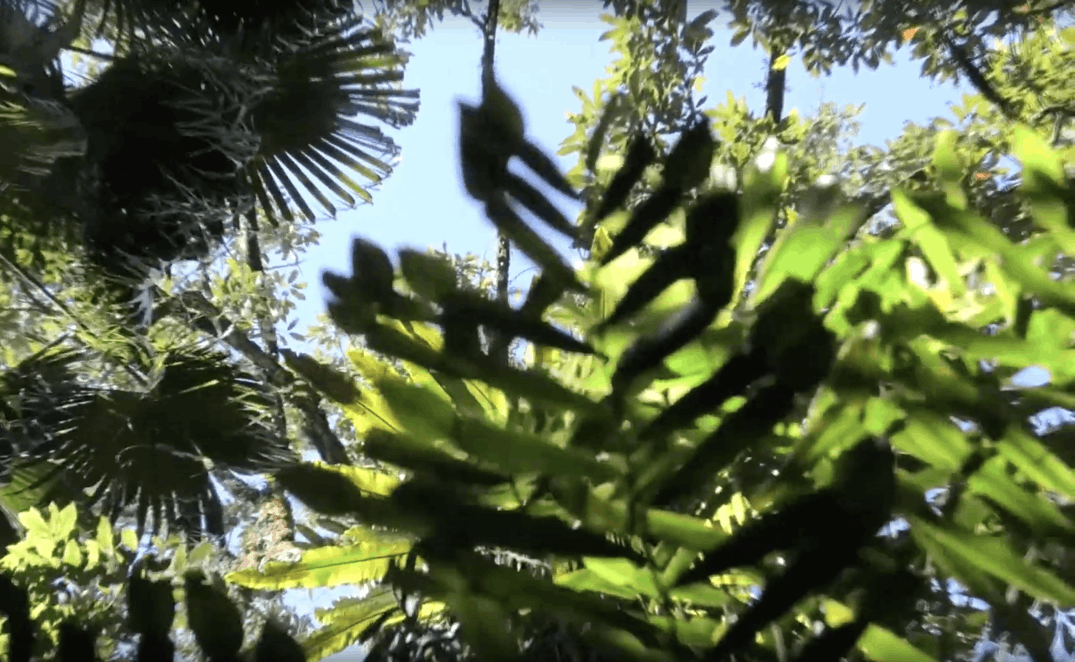 Why Human Beings Are All on the Obligation to Worship Allah

{ Now O humankind! Worship your Lord Who has created you as well as those before you, then you may attain reverent piety toward Him and His protection }
2-21

You should know that the content of the two verses (2-21/ 22) is the command to worship Allah Most High and the prohibition from associating (anything) with Him, as well as an allusion to the cause* and exigency thereof.
(الاَمرُ بعِبَادَةِ الله ـ سبحانه و تعالی ـ والنَّهْيُ عنِ الاِشْرَاكِ به تعالَی )

*A cause alluded to in His saying, {your Nurturer Who created you } 2-21 which alludes to the reason behind the command to worship, as (His creation of you) is of the immense bounties which are causes for the obligatoriness of all types of worship.

To elaborate: He made the command to worship follow in sequence after the descriptive of ownership as an intimidation that the latter was the cause for the obligatoriness of the former. Then he expounded his nurtureship in that He is the Creator and the Creator of their origins and all that they need for their livelihood: the earth that carries, the sky that shades, foodstuffs and garments. Then after these matters - which none but He is capable of controlling - witnessed to the Oneness of the Most High, He made the prohibition of associating anything with Him follow them in sequence.

The Lights of Revelation & the Secrets of Interpretation, al-Baydawi 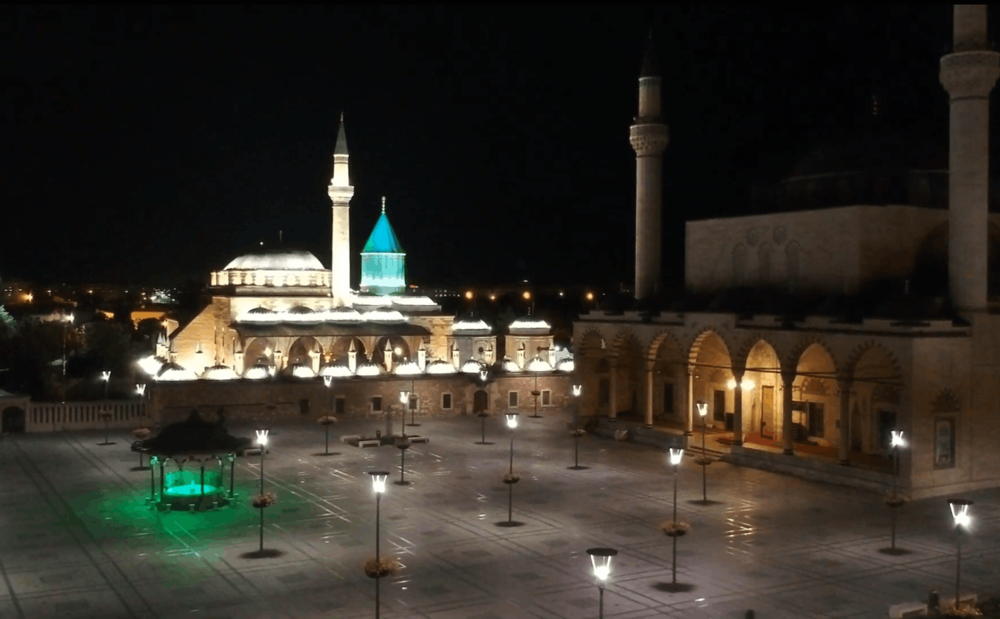 Shorturl of this page: http://bit.ly/_qind

Israel military and settler-thugs target Palestinian schoolchildren
Two Spies Within The Council For American-Islamic Relations
The Execution of Julian Assange
The Reform of the Modern Mentality
Quotes on Oriental Metaphysics
Germany: an Induring Enemy of the Palestinian Struggle
Mossad Ran 9/11 Arab "Hijacker" Terrorist Operation
The World of Toxic Positivity & Islamic Contemplation
Repent From Your Sleep Of Heedlessness.
Aspects of US-Imperialism
Not Reaching Home From the Grocery - Israel Shooting Children
The Principle Of Separation At The Heart Of The Jewish Religion
The remarkable disappearing act of Israel's car-bombing campaign in Lebanon

Living Islam - Islamic Tradition uses cookies on our website to give you a better web-experience, and improve performance, and we don't do anything with those cookies. You may find out more about our 'privacy policy'. Let us know if you care about no cookies to be taken for your next visit.