Islamic View on Peace and Justice in Society 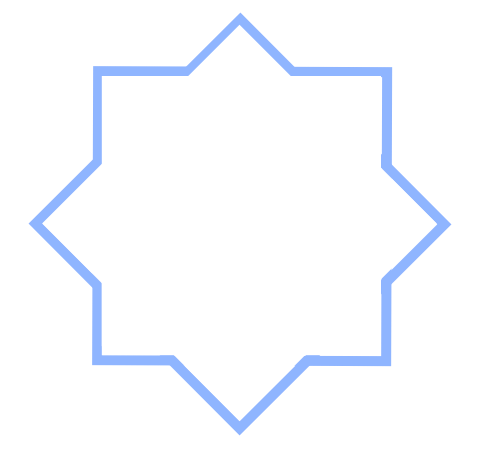 Muslims also need to be themselves: gaining leverage over their own story, and while persisting in their life-transaction (i.e. way of life, worldview, dīn ), they contribute to society in many positive ways.
They ”enter the public square to shape decision-making and to hear accurate news.” Travelling Home, A H Murad
NB: The Eurabia myth of the 'Islamisation of Europe' is fake and a fantasy to sow fear in the population.

{And every one has a goal toward which he turns; so vie with one another in good works. Wherever you are, Allah will bring you all together. Certainly Allah has power over all things.} 2-148

The Ideal Norms of Society

As Muslims we know that we have to improve and reform society, no society is ideal.

The ideal norms of society as envisaged by the Quran and Hadith include the establishment of justice and equality before the Divine Law, economic fair play, and the just distribution of wealth, while legitimizing private property and encouraging economic activities, equitable treatment of all (Muslims and non-Muslims), and the creation of a religious social environment in which the presence of the Transcendant is never forgotten. In such a society family bonds are honoured over tribal ones, but the truth is considered even above family affiliations.

Leading a good life, Allah did nor create us to be miserable:

The role of Islam is to save human souls, and on the Day of Judgement, human beings will see what they have on their scales of good and bad actions, and those which were done purely for God.

Adapted from: The Heart of Islam, S H Nasr 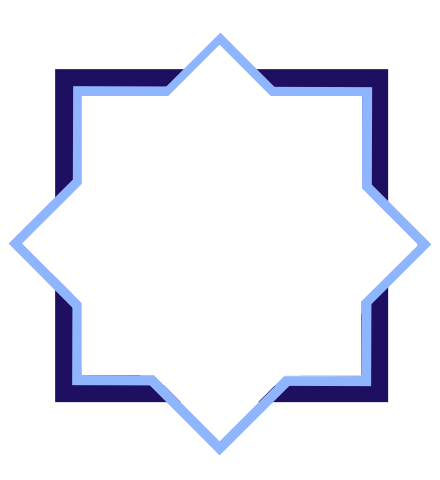 On the other hand in normal situations it would be spontaneous and straightforward to stop evil influences and damaging circumstances.

In this postmodern world, however, with the loss of the sense of the sacred, the lies, fake news, main stream media spreading tall stories, 'think tanks' sowing division and hate in society, it's not always easy for people without a living tradition (Islam) to know what is right and what is wrong.

Ruling elites have always an interest in molding the public discourse for their interests, and ”the luxury of one class is counterbalanced by the impoverishment of another”, nationally and globally.

They also have a related interest to keep people ignorant about this world and about those who want to govern this world in order to increase their wealth and comfort.

This is why throughout the history of mankind prophets were sent to affirm the truth and stand for what is right and just, to defend the downtrodden and inform people about the soon-to-come return to God - Allah (may His Majesty be exalted!) and His judgement, so that they may prepare for it.

Muslim have been told clearly by our beloved Prophet Muhammad ﷺ what to do when confronted with evil:

On the one hand we are strongly cautioned and recommended not to make haste against the disbelievers, because Allah will take care of them, i.e. punish or pardon them…

Allah (may His Majesty be exalted) says:

{ Don't you see that We have set the Evil Ones (the Shaitans) on against the unbelievers, to incite them with fury (to incite the unbelievers (cunnigly) to sin/ to provoke them)? }
{So make no haste against them (i.e. the disbelievers), for We but count out to them a (limited) number (of days)}
19-83/84

Comment1:
They should not hurry their demise by seeking their punishment or destruction, for Allah may be postponing their destruction in order to give them the opportunity to manifest their ultimate inner character and destiny (see 19.75c).
TSQ

Comment2:
Dont worry about the wordly success of evil, but do your duty & trust in Allah (tawakkul ).fn 2527

Yusuf Ali:
Under the laws instituted by God, when evil reaches a certain stage of rebellion and defiance, it is left to gather momentum and to rush with fury to its own destruction. It is given a certain amount of respite, as a last chance: but failing repentance, its days are numbered. The godly therefore should not worry themselves over the apparent worldly success of evil, but should get on with their own duties in the spirit of trust in God.

Abu Sa`id al-Khudri (may Allah be pleased with him) reported it.
Muslim, Hadith 34, Forty Hadith of an-Nawawi

Be staunch in justice! 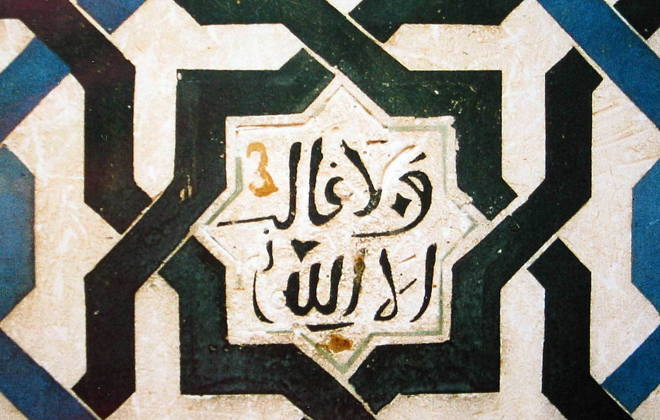 Tile at the Alhambra: “There is no victor except God” (wa lā ghāliba illā Allāh)

Be staunch in justice!

First of all in justice with your own self/ soul.

This quranic verse inculcates the importance of justice, because without it, there will be oppression and in the end destruction:

{O ye who believe! Be ye staunch in justice, witnesses for Allah, even though it be against yourselves or (your) parents or (your) kindred, whether (the case be of) a rich man or a poor man, for Allah is nearer unto both (them ye are). So follow not passion /the lusts of your hearts) lest ye lapse (from truth) and if ye lapse or fall away, then lo! Allah is ever Informed of what ye do.} 4-135

Commit to justice and a better world!

You are welcome to become part of the islamic community no matter who you are. The road is not always easy, but the goal is Gods pleasure and good-will, and what could be better than that!

First of all we recommend you to re-orient your life toward God - Allah, the Creater and Sustainer of everything. He is the All-Compassionate, All-Merciful Who can give man/ woman the best in this fleeting life and in the next.

It is obviously necessary to sincerly repent/ turn away from those aspects in life which are evil and pernicious.

Thereafter strive for self-purification and self-improvement before getting involved in demanding justice and reforming situations in the world.

Islam and Federalism: Covenant of Medina

The Covenant (Constitution) of Medina—the first Islamic political dispensation—cemented an alliance of different tribes and religions, each of which enjoyed the freedom to regulate its own affairs. Disputes that rose above the tribal level would be arbitrated by the highest religious authority, in this case the Prophet Muhammad ﷺ.
This model which should be adopted in countires today, such as in Islamic Afghanistan.
Islam and Federalism: Covenant of Medina, Iroquois League: A Solution for Islamic Afghanistan? - YouTube 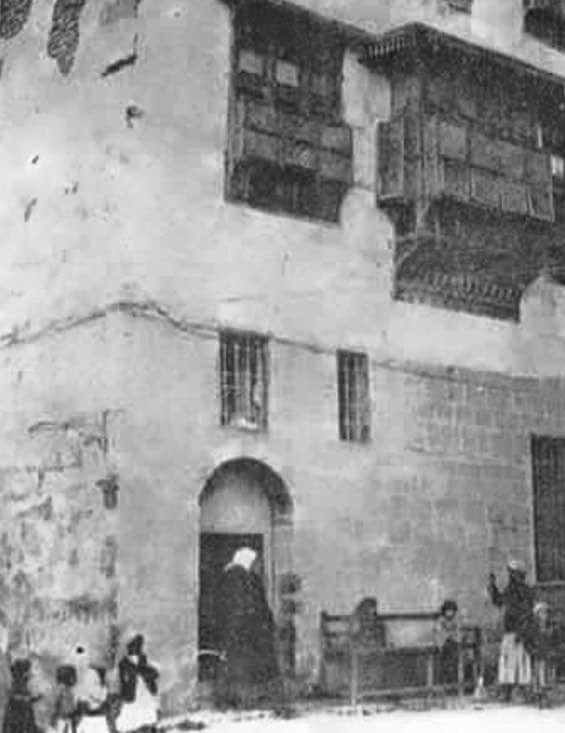 Where the Prophet first ever lived in Medinah al Munawwarah

Saving Islam from the Deceit and Depravity of the Islamic State
Sh. Muhammad Al-Yaqoubi

The foundational ethics of Islam are based on mercy, wisdom and justice. The Messenger of Allah (the blessings and peace of Allah upon him) was only sent with mercy and wisdom. He said,

"Allah, the Most Merciful, is merciful only to those who show mercy. Be merciful to all on the Earth and the Master of the Heavens will show mercy to you."

Saladin (d. 1193), the famous Muslim ruler at the time of the Crusader invasion during the Middle Ages, did not enter the annals of history but for his character, justice and good conduct with his adversaries during both peace and war.

In the Early Days of Islam

In the early days of Islam, when a man went out of his house, his wife and daughters would say to him:

"Beware of illegal earning, for we can bear hunger and hardship, but we cannot endure the Fire."
@aspiringabd

Shorturl of this page: http://bit.ly/_soc

How Should Muslims Deal with Homosexuality, Yasir Qadhi
The Intermediary of Shirk pt.1
Commendation Re: Scholarly Reasoning ijtihād
The Inadequacy of Reason
Tumultuous Week at Al-Aqsa Mosque
From Anti-Tradition to Counter-Tradition
The Illusion of the ’Ordinary Life’
On Gladio
On The Alleged Plot to Kidnap Michigan Gov. Gretchen Whitmer
The anti-Muslim hate in India is getting unbearable
The Situation in Ukraine: A Muslim’s Perspective
Warning: Impending Genocide in India
Advice for Memorizing the Quran
Examples from the Quran and the Sunna
Images from Palestine
The Meaning of dīn in Islam